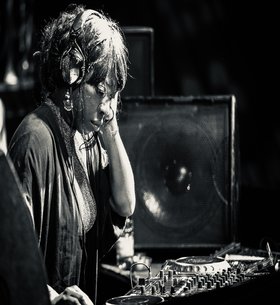 Shula is a London based, International DJ and Music producer whose multi-genre passion for music has landed her DJ bookings out in Ibiza and throughout London, including the world famous Ministry of Sound club and Sea Containers House. She first went to Ibiza on the 10 year anniversary of the second Summer of Love and became a regular in both the underground and mainstream UK club scene.

From dance floor to DJ booth, Shula got her first DJ gig in the mid 00s and hasn’t looked back since. With bookings playing out in bars, festivals and clubs, corporate events or private parties, she has gained the experience to tune in and deliver a great atmosphere in a diverse range of music settings. Whether using the latest top of the range DJ gear found in venues around the world or unpacking her own minimal laptop and controller set up that she travels with, she is ready to go and get the good vibes flowing.

Currently Shula’s DJing, including at her regular commercial booking in Sea Containers House, producing music through her own music production company set up in 2017 and organising rave events. Shula’s musical influences including Tom Moulton, Rolling Stones, Blondie, Danny Rampling and Paul Van Dyk, are as varied as the genres she plays. She has exciting DJ events coming up, taking her as far afield as the Middle East. There’s always a new musical project on the horizon for Shula, so stay tuned in to social media to see what she’s up to next.