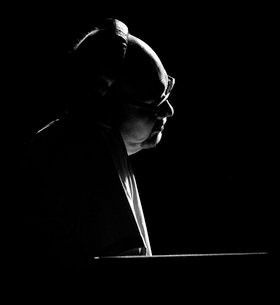 Martin originally started playing Soul/Funk/Hip Hop back in 85, then in 1988 he heard house for the first time and was hooked from that moment, he has always loved the more soulful end of the music spectrum, nothing too hard and banging. And he has been a life long Stevie Wonder fan “I get that from my Dad because I remember being young and him playing Stevie albums indoors, I have since ‘borrowed’ those albums from him”.

He has also produced and co produced many tracks as Candy Apple Productions with one of his oldest friends, they have had tracks signed to various labels and compilations and done remixes for some outstanding artists over the years including Rosie Gaines, Shaun Escoffery, Garage City, SuSu, Stereo Sushi, Morehouse Records and many more.

Martin has hosted shows on various stations over the past 20 years including Moonlight FM, Touch FM, House FM, CN Soho Live, Passion FM and Push FM playing a broad spectrum of music from soul through to the more techier side of deep house. Martin now resides on Mi-Soul DAB London www.mi-soul.com every Monday 7pm-9pm with “It’s A Monday Thing”.