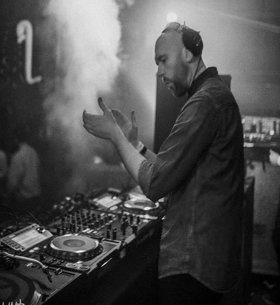 Self-described ‘Mancunian house and disco fanatic’ Lee has been buying records since the age of 12.

Lee’s roots run deep in the storied Manchester music scene: from his early days playing local bars, clubs, the infamous Afterhours party and even a residency at a roller rink, to his recent role as co-founder and resident at the internationally-renowned Content Manchester, Lee has played alongside the likes of Derrick Carter, Carl Craig, Josh Wink, Kevin Saunderson, Move D and Prosumer to name a few.

Outside of the deejay booth, Lee’s studio career began on his collaboration with Dan McGlynn as ‘FraidSo’, with releases on Robsoul, Streetlight Recordings and Greenhouse among others. The FraidSo releases were supported worldwide and the greenhouse release even hit number 1 in the Juno vinyl house music bestsellers category.

He currently hosts a 3 hour Radio show on Crackers Radio London UK called “The Disco House party” The show has strong listeners numbers with some of the best DJ’s from around the world joining Lee each week with guest mixes. Recent guests have included Seamus Haji, CdAARFRO, Simon Kennedy and many more.