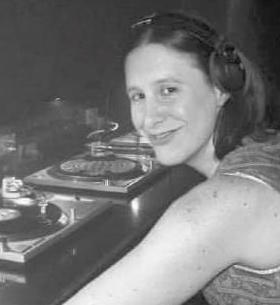 Originally a house DJ, but now caters for all ages and styles of music. Whether it be a birthday party, 18th, 21st, 30th, 40th, engagement, family get together, garden party, kids party, Keisha is extremely versatile. She uses high quality equipment and have music and play lists created from the 50’s to the present.

She has been DJ’ing professionally in and around London for over 20 years and has been fortunate to play at most of London’s finest clubs. She plays uplifting funky house and also loves dropping some of the all time classic’s to really get my set pumping. Her idea of playing a live set is first and foremost to please the crowd; they are the people who are most important to her. She always plays for them and ensures she interacts and connects with them to bring the party together.

She has also played International gigs in India, Majorca, Greece and Ibiza. She’s played to 5000 people in Majorca at an event called Aqualandia. The party was outdoors with a swimming pool, similar to a Space Ibiza party. She would describe this as “The best event I have played at” and certainly was the biggest buzz for her! She was interviewed for a national clubbing TV programme, which was broadcast all over Spain.

Keisha has played on the radio, previously on Magic FM and more recently on Ministry of Sound World-wide internet radio with Jazzy M. She was a guest on the show “For Your Ears only” and her set went down brilliant with all the world-wide listeners.