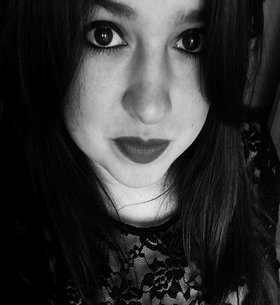 Anna is a DJ, singer and songwriter based in London. A very passionate Musician who has been exposed to music and clubs since her early teenage years.

She moved from Italy to London at the age of 18 to pursue her career in music. Anna has never stopped discovering and mixing new music since. Anna has been influenced by Djs such as Carl Cox, Tale of Us, Tiesto, Paul Van Dyk, Luciano, Adam Beyer, Solomun, Hybrid Minds, Nina Kraviz, Rudimental, Wilkinson, Nicole Moudaber and many other big names in the industry.

Anna went on to study at Point Blank Music College in London, where she developed her sound engineering, songwriting and music production skills before joining SAE Institute London and graduating with a Bachelor of Arts in Sound Engineering and Audio Production. Since then, Anna has been Djing in some top venues in London like Zigfrid Von Underbelly in Shoreditch, Lost & Co in Battersea, Brick and Liquor in Tooting Broadway, Vinyl Cafe in Tileyard Studios King’s Cross, 333 Mother in Shoreditch, Palm Beach Casino Bar in Mayfair, Caffe’ Vergnano in Southbank and many other private parties and events.