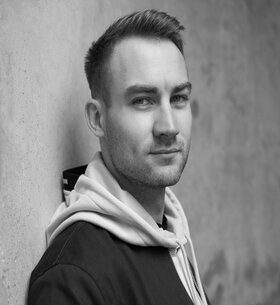 A hard working, crowd pleasing open format DJ, Dan Sterry has been captivating audiences across the United Kingdom since 2011.  He is well versed in hip hop, drum & bass, R&B, commercial dance and house music, making him the ideal performer for just about any type of event. Dan’s career first began to take off after he took 1st place at the Bournemouth Orange Rooms DJ Competition in 2014.  This snowballed into numerous residences and since, supported popular acts including Solardo, Hazard, Jaguar Skills, DJ Marky, Guvna B and many more.

Thanks to his rising profile, he went on to win 2nd prize in The Mashup’s 2020 Mashup competition. Additionally, Dan has featured on collaborations with Ministry of Sound, KISS FM, Centreforce Radio, Foreverland, Be At One, Vodka Revolution, Pitcher & Piano, Cameo, E.L.F Cosmetics and several more notable brands. Despite all the accolades he has earned, what really fuels Dan is his love for bringing dance floors to life. With his wealth of musical knowledge and genuine connection to his audiences, he prides himself on being able to provide the perfect soundtrack for any occasion.