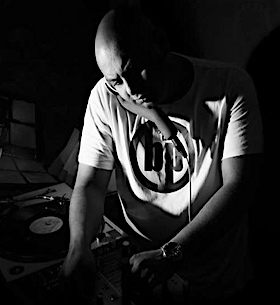 Being spoon-fed soul from an early age, gave him the perfect grounding and upbringing into glorifying the celebrated golden years of soul, funk, rare groove, boogie and of course Disco but also providing the necessary platform to harness the musical palate needed to transcend those feelings into modern electronic beats. From first hearing a Sade cassette in the back of his dad’s red Ford Cortina, the journey began…having 3 older brothers and sisters in the 80’s like most kid’s Shaun grew up to the sounds of Earth, Wind & Fire, Alexander O’Neal, Anita Baker, Loose Ends & Luther Vandross and all the other artists that formed such a solid basis to his musical tastes today, were part of the important 80’s soul revolution that you hear has influenced Shaun, in the music he makes and plays.

During the 80’s and 90’s Shaun was exposed to a variety of soulful sounds from early Hip Hop to New Jack Swing, picking up the vinyl bug from the age of 8 and building a collection of 7” records which paved the way into the junkie like obsession which naturally was born! Shaun had his first introduction to House music from the hot bed of 90’s clubbing institutions in the North West of England, taking in his first house sounds from the travelling American’s that hit clubs like Back 2 Basics, Up Your Ronson, Hard Times, Cream, Love 2 Be, Tall Tree’s, De Ja Vu, being schooled technically and musically by the likes of Frankie Knuckles, Louie Vega, Kenny Dope, Roger Sanchez, DJ Sneak, Doc Martin, but it was his first trip to the world famous club Hacienda in Manchester on new years eve 1995 when Tom Wainright, Graeme Park and Todd Terry took him of a musical journey that would shape the rest of Shaun’s career.

After gaining the “bug” and with several bookings in Leeds, Shaun moved back to down south and continued his DJ dream by starting to play in London at various venues and legendary nightclubs, but it was when he made a move to southern Spain where he started to gain a reputation as a versatile multi genre spinner with a favor for sounds with soul. Playing among his hero’s as a warm up dj at olivia valere puerto banus and dreamers/cavalli club.

He then took his musical influences to Prague in Czech Republic, where he became a regular on the local circuit and successfully ran, in partnership with Zoo Management a series of Soul Heaven parties in the city bringing soulful house to the Czech Republic for the very first time. Gaining invaluable experience when touring with a 3-piece Jazz Band all over central Europe, and it was then that Shaun explored his musical spirit by unravelling deep rooted emotions through genres that have shaped Shaun’s DJ sets today, building blocks from Funk, Soul, Rare Groove, Latin and Afro that for the kaleidoscope of sounds that you experience through Shaun’s productions, edits & remixes and of course you hear these elements in his LIVE performances.

Moving back to the UK to take a position within the management team at Pacha UK, working and learning about the entertainment industry first hand, at The Cross, Canvas (Bagleys) & The Key and then at Pacha London, this gave Shaun an insight to the other side of the business. After successfully promoting several soulful house events at the venue, it was then then that Shaun came up with the master plan to launch the infamous Beat Players at East Village in London’s Shoreditch. This event ran for 4 years and with an impressive list of guests, from Terry Hunter, Dj Spen, Karizma, Joey Negro, Atjazz, Souldynamic, Ashley Beedle, Paul Trouble Anderson, Dr Bob Jones and many more. Following the closure of East Village, this led onto Shaun launching DOPE DISCO, a brand that glorifies and celebrates all music before House Music came along, launching with Danny Krivit at the world famous Jazz Café in Camden and followed by other notable legendary guests like DJ Spinna, Phil Asher, Craig Smith, Zaf Love Vinyl, Natasha Kitty Katt Probert & Al Kent all providing a disco influenced sound scape that his given the brand a unique reputation that is unrivalled by any other Disco event in Europe.

Shaun is also a resident at the Vocal Booth Weekender in Spain and has featured as one of the stand out names at the pool parties over the last 7 years, as well as holding several other residencies in London, at the Big Chill on Brick Lane and the Love Kulture Project events all over the city. He has also toured around the UK playing in Leeds, Bournemouth, Manchester, Bristol and Birmingham and with standout performances at last years Liverpool Disco Festival.

He has taken his musical message internationally, with an extensive string of Dope Disco gigs in Estonia for Disco Tallinn, at 360 in Dubai and at CDLC in Barcelona & Cala Bassa Beach Club in Ibiza. Shaun will also continue his production work into 2017, with several pending releases and a Vinyl Only re-edit series out this year on DOPE DISCO records, following on from his Number 1 chart topping hit “BEEN WAITING” that was signed to TRIBE RECORDS featuring the synonymous spoken word poet/singer Ursula Rucker from Philadelphia and then a second release on TRIBE collaborating with his production partner Natasha Kitty Katt on a summer smash entitled ‘BIRTHDAY OF BLACKNESS’ which celebrates the life and work of the great Nina Simone.

It looks like it will be a busy and vibrant year for this DJ/producer with a US and Far East tour being scheduled and a string of confirmed bookings across the UK and Europe, look out for this name, as you will be hearing it now and for many years to come.