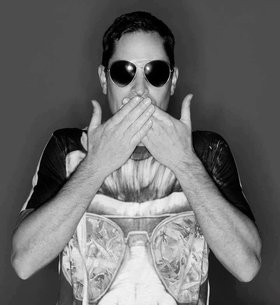 Richard grew up listening to 70s classics from KC & The Sunshine Band, Bob Marley, Chic, Bee Gees to Gladys Knight and the Pips and was influenced by the sounds of Disco and Blues. With 25 years experience the Doctor takes you on a journey when he prescribes a healthy dose of rolling beats, groovy basslines and the odd club classic or two.

Now living in Ibiza he has been spotted playing at the following venues: Sankeys, Eden, Es Paradis, Ibiza Rocks, Pikes Hotel, Ocean Drive and Lamuella to name a few. He loves the sunset scene and has played with Joseph Capriati and Marco Corola for ‘Music On’ at the iconic Café del Mar. In 2017 he continued his residencies at the very fashionable Mint Lounge and Savannah playing the Sunset sessions and he also secured a daytime residency at the world famous Café Mambo.

2018 is looking busy with a his diary already filling up on the White Isle and gigs in the U.K. Inspired by and named after the American Blues and R&B musician William “Willie” Lee Perryman AKA Dr. Feelgood.