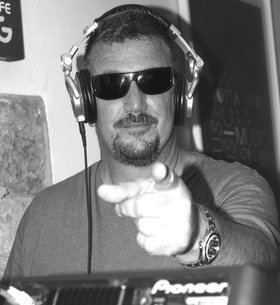 Laurence has had the privilege of exposure to the most diverse genres of music all through the decades which comes through in his ecliptic sets and extensive knowledge of music, but primarily he’s an electronic music man, and coupled with his love of disco and dance music it was a natural progression when he fell in love with house music, which also bought him to his spiritual home Ibiza.

He has been associated with Ibiza over the last 15 years and his style is heavily influenced by the Ibiza dance music vibe. Co-running his own events in the past. Laul also plays festivals, and private parties, aswell as having his own weekly house and dance music radio show.(MGR, The Music Galaxy Radio).

Laurence takes pride in the fact that after all these years he is able to read any crowd and is prepared to do whatever is in his musical arsenal to make the party jump.

He mixes the new with the old and throws in some curve balls from other genres to grab your attention but guaranteed to get the room popping and hands in the air.